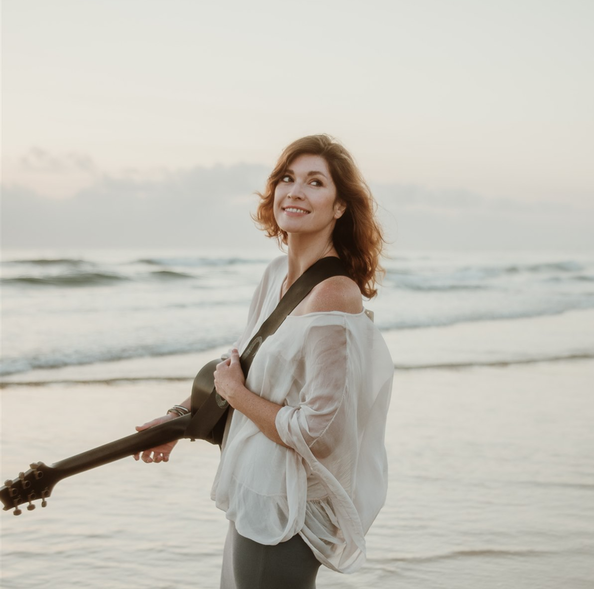 Hi, and welcome! I'm Lisa, owner and director of Sway Music Services. Scroll down to find my professional biography. Stay here to get a sense of who I am personally. I passionately believe that everyone has a basic human right to access the arts - a practice and pursuit that can inject hope and meaning into every corner of our being to build more inclusive, sustainable communities and enhance the quality of our lives. This belief informs my approach to music education and music therapy. To help you decide if you would like to work with me, I've answered some questions:

Why did I decide to become a music therapist?
My desire to study music therapy grew from my increasing disillusionment with the business of music, the lack of intimacy I felt between my audiences and myself and my position as a feminist who is a strong advocate for the mental health and wellbeing of minorities, at risk parents and women (or persons identifying as women). I like to say music literally saved my life more than once, but if I really examine what it was about those circumstances that contributed to my ability to 'keep going', it was the relationships I formed through music, not the music itself. Music was the conduit that helped foster deep connections, giving me strength to walk away from an abusive relationship and relieve symptoms of postpartum depression and anxiety. In addition, I feel as though I have lived a very privileged life as a professional musician, and, as such, have a deep desire to use my experiences and strengths to support those who are misunderstood, stigmatised and disenfranchised.

What intrigues me about music, health and therapy?
I am fascinated by how music, health and therapy intersect. I have always used music (active or receptive) to manipulate, enhance or regulate my moods. During my years as a DJ in New York, I was addicted to the collective ecstasy and level of emotional contagion I and my audience experienced. The sheer power of the intentional use of music and how it can positively (or negatively) affect our physical and mental health amazes me. I experienced the full gravity of this after the birth of my daughter 3 years ago, as singing to and with her allowed me to simultaneously soothe her, process negative feelings and form a healthy parental identity. Music psychology research has further fed my intrigue, especially in relation to music and neuroplasticity.

What drives my curiosity?
The complexity of the human condition drives my curiosity and how music seems to so easily mirror that complexity via its varying and contrasting states. I see music as a powerful amalgamation of what it is to be human, which is perhaps why we connect to its qualities so deeply and proudly wear them as a badge and declaration of identity.

Who do I work with?
I work with individuals and groups of all ages from 2 years to 100. I am also extremely passionate about providing support to families. As a mother with lived experience of postpartum depression and anxiety and a survivor of domestic violence, I value the knowledge and expertise that parents and caregivers hold in their minds and bodies. My approach is highly eclectic and based on individual needs and preferences. Each person's relationship with music and musical background is respected. In therapy, I focus on strengths and aim to augment capacity, creativity and connection in a person's journey towards optimum health.

How is music, health and wellbeing represented in the media and what would I like to see change about these representations?
I see these thing as very separate in the media and not well understood. Music is sometimes represented as something only the privilege have access to (or should have access to), and therefore viewed as very academic. When paired with vulnerable people and communities, music is often portrayed as having magical properties that are best left misunderstood. I believe the same can be said for health and wellbeing. I'd like to see more coverage on how music, health and wellbeing intersect, so that a holistic perspective to healthcare can become mainstream in our culture. I'd also love to see the concepts of 'holistic' and 'wellbeing' destigmatised.


Professional Biography
Originally from Brisbane, Australia, Lisa Dowling is a multifaceted artist whose career has spanned multiple genres, disciplines and platforms. From classical and period performance, triphop, folk, art-rock, to mariachi, singer-songwriter, acid jazz and electronica, the integrity and passion she brings to the stage has garnered praise from around the globe: her double bass playing has been described as 'energetic and precise'  by the New York Times, as a vocalist she has been hailed as 'dynamic, diverse, powerful' (New York Music Daily) and her compositions have been praised as 'innovative, Bjork-like' (New York Times).

As a double bassist she has performed with the Melbourne Symphony Orchestra, the Brisbane Pops Orchestra, Opera Fuoco (Paris), Le Siecles (Paris), the Argento New Music Project (NYC), Bang On A Can, The Emerson Quartet, The American Composers Orchestra and Karl Berger's Improvisers Orchestra in New York City. She has earned fellowships at Tafelmusik (Canada), Juene Atlantique (France), the Bang on a Can Summer Institute (USA) and the OMI International Musicians Institute (USA). An active freelancer, she has premiered works by Martin Bresnick, David Lang, Tristan Perich, Ravi Kittappa and Robert Honstein at the BAM Next Wave Festival (Brooklyn, NY), The Bang On a Can Marathon (NYC) and The International Festival of Arts & Ideas (USA).
Her new music trio, Concert Black, has been featured at the Fairbanks Summer Arts Festival (AK, USA), the Wildshore Festival for New Music (AK), and the Berkshire Fringe Festival (MA).

As a composer and vocalist, Lisa created a live musical score for the Patricia Noworol Dance Company's 2017 production of 'Tremendous'. The production was presented by the LaMaMa Moves! Dance Festival in New York. Most recently, she composed music for a film that was produced by Wax Factory (NYC) as part of their 'Lulu XX' cross media spectacular.

An eclectic musician, Lisa embarked on an international and national tour with Grammy nominated artists Mariachi Flor de Toloche as their guitarron player from 2014-2017. They were featured on NPR’s Tiny Desk series and won a 2018 Latin Grammy in the Best Ranchero/Mariarchi Album category.

Lisa's solo debut album was released in 2015 by Gold Bolus Recordings (Brooklyn). Entitled Lullaby Apocalypse, under the moniker kills to kisses, the album is a collection of down tempo electronica-pop art songs made with her closest collaborators in New York City. The album has received much acclaim within the electronic and indie NYC music scene, resulting in a mini world tour to Berlin, Croatia, Alaska, L.A and New York.

A passionate educator, Lisa has given workshops and masterclasses in songwriting and looping technology at the Fairbanks Summer Arts Festival, Florida State University and the Brooklyn Youth Chorus. In addition, she was a regular performer and teacher for the New York Philharmonic's 'Young Composer's Program' where she provided instrument demonstration, compositional guidance and performances of original music by primary aged school children in New York.

Lisa is a Registered Music Therapist and accredited with the Australian Music Therapy Association (AMTA). She received her Masters of Music Therapy from the University of Melbourne in 2020, graduating with First Class Honours. She presented her most recent clinical work at the 2020 Australian Music Therapy conference, discussing the importance of supporting family psychosocial needs during a global pandemic. Lisa completed her Bachelor of Arts (Music) at Stony Brook University (New York) and her Masters of Music in contemporary double bass performance at the Manhattan School of Music (New York). She has completed additional training at the Conservatoire de Paris in historical performance practice and with renowned pedagogue Francois Rabbath.

Lisa returned to Australia in 2019. Her most recent musical endeavours have included a collaboration with world class restaurant and winery, Boskinac (Croatia), to curate a live musical pairing with their summer menu (2018, 2019) and giving the Australian premiere of Robert Honstein's 'Alone Together' at the Australian 'Women in Bass Day' in Melbourne.

Lisa resides on the beautiful Sunshine Coast with her family. 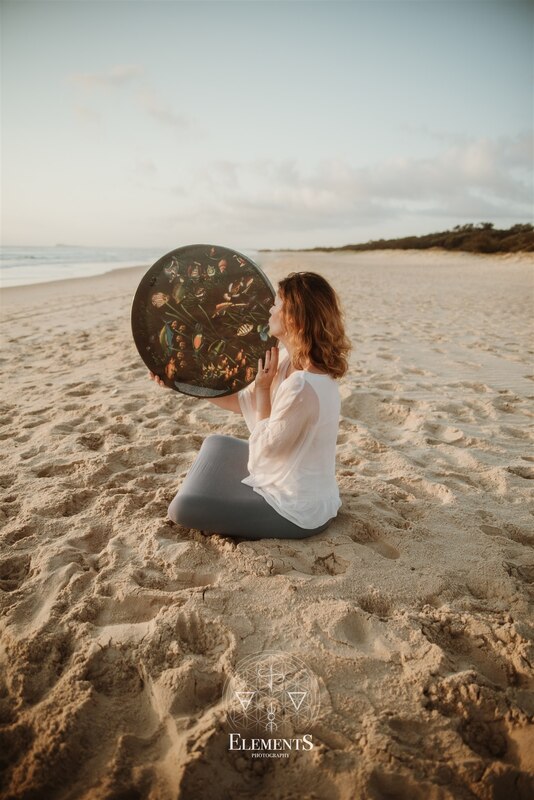